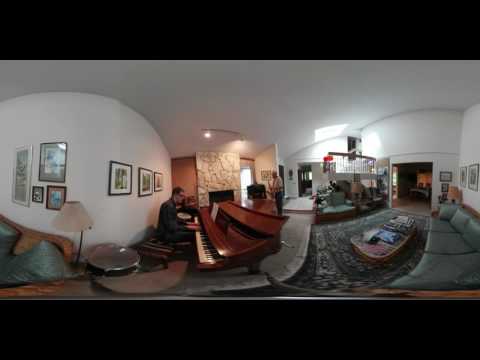 Geoff from geoffmobile.com records himself playing piano along with his dad on saxophone, to do a jazz duo version of the classic Lee Morgan song called “Ceora”. The piano style is inspired by the great Herbie Hancock. Recorded on a Samsung Gear 360 video camera in Delta, BC, Canada.

Filmed with Samsung Gear 360 camera in 4K resolution. I put the Gear 360 camera on a tripod, and I recorded the audio separately using the Android recorder app “Field Recorder by Pfitzinger Voice Design” on my Nexus 5X phone. Thanks for watching! Cheers, Geoff

Technical notes:
This 4k resolution video was captured using Samsung Gear 360 camera and processed in Gear 360 ActionDirector without using the “Automatic Angle Compensation” setting because the tripod was keeping the camera stable and at the right angle.