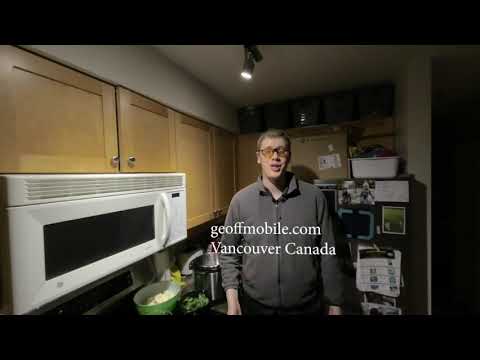 In this video, Geoff from geoffmobile.com shows how to make Easy Cauliflower “Alfredo” with no milk or cream in the Instant Pot pressure cooker. This was recorded in 3D 180 VR using the Vuze XR – a 180 3D VR camera.

Audio was recorded using a Zoom H1 with Sennheiser ME-2 Lavalier microphone and processed in Audacity.