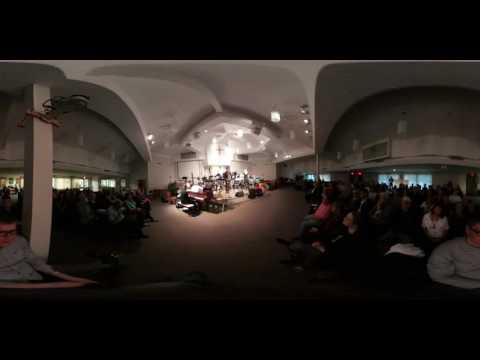 Geoff from geoffmobile.com visits the West Coast Jazz Invitational to make a video recording of the Mighty Fraser Big Band playing the jazz standard, Skylark. He filmed this 360 video with his Samsung Gear 360 video camera.

Skylark is a popular song from 1941, with lyrics by Johnny Mercer and music by Hoagy Carmichael.

This video can be viewed using Zeiss VR One zeissvrone.tumblr.com/
Also compatible with Google Cardboard and Samsung Gear VR.

Technical notes:
This 4k resolution video was captured using Samsung Gear 360 camera and processed in Gear 360 ActionDirector using the “Automatic Angle Compensation” setting disabled, which helps to stabilize and reduce shakiness in hand-held video, but is not needed when the video is on a tripod or light stand.