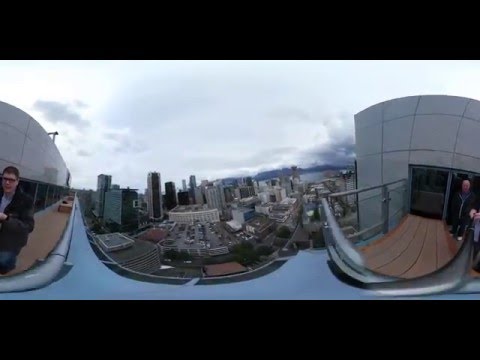 Geoff from geoffmobile.com visits the penthouse patio of a very tall building, with his Samsung Gear 360 video camera in downtown Vancouver, BC, Canada.

Geoff spends a few moments to take in the breathtaking views from a very high vantage point in the downtown area of Vancouver.