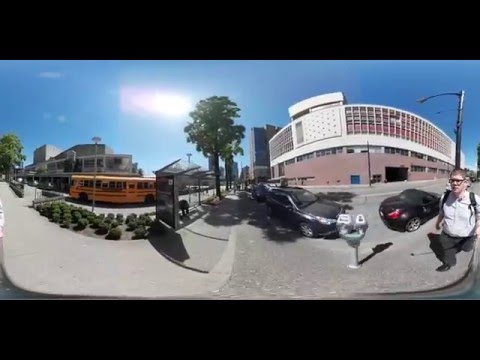 Geoff from geoffmobile.com goes for a walk with his Samsung Gear 360 video camera in downtown Vancouver, BC, Canada.

Geoff walks along Hamilton Street, Robson Street, and Homer Street in the downtown area of Vancouver.