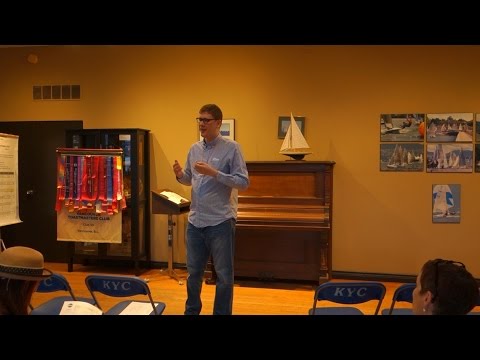 Geoff from geoffmobile.com gives a speech on Virtual Reality (VR) – How it will change the world.

Recorded on August 24th 2015 in Vancouver BC Canada.
Thanks so much to Vancouver Toastmasters Club 59 tmclub59.com

I got to try on the latest Virtual Reality Gear (Oculus Rift Developers Kit 2) a few weeks ago at a demonstration session at Emily Carr in Vancouver.

I wore the headset for 10 minutes and the biggest thing I learned is that I actually felt like I was somewhere else.

Wearing headphones and a virtual reality headset, I was transported into a dark Chinese night club with a DJ, dancers, and people sitting around. When I took the headset off, it was a sudden shock to now be back in a sunny room in Vancouver.

The technology has improved greatly since the first demos of the early 90’s. Next year, Oculus will be releasing this technology for consumers, and it will be affordable.

It is currently possible to use VR using your smart phone and a headset such as Google Cardboard or Oculus Gear VR.

The biggest thing I realized is that VR can transport you into another place. By tracking your head movements and changing the image as you move your head, it fools your brain into thinking you are in a virtual environment.

Instead of looking at our computer screens through the “window” of the monitor, VR will put us right inside the world of the computer game, filmmaker, or simulated environment.

One example where VR could be very useful is in education, for students and teachers. Imagine that you are preparing for a Toastmasters speech or a business presentation: you could wear a VR headset and get practice giving your speech in front of a virtual audience of 10 to 1000 people.

Like any technology, VR will come with problems of its own. There is a danger of getting lost in a virtual world and neglecting the real world, and causing people to become less mindful about their actual bodies and real world relationships. Also, corporations will continue collecting data about us as we use Virtual Reality headsets, and have the potential to use even more invasive strategies to market to us or control us.

A great science fiction book that I recently read that explores the topics of virtual reality and augmented reality is called “Rainbows End” by Vernor Vinge. It delves into the impact of virtual reality on our education system, daily life, and world conflicts / politics, and is a great read.

Virtual reality is definitely a technology to watch, and will have a huge impact on how we live our lives over the next 10 years. Exciting times ahead!