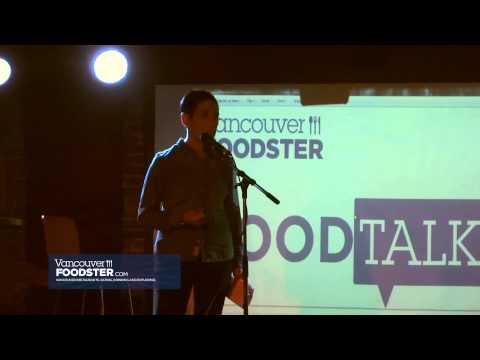 The theme for this evening of Food Talks is “Food Trucks: The business and the movement.”

This evening was organized by Richard Wolak, Vancouver Foodster, who writes: “Have you thought of starting your own food truck, or are you curious why food trucks are all the rage in our city and throughout North America!”

Audrey is a Founding Director of Paperny Entertainment who has helped build the company into the well-respected, world-renowned creator of distinctive television that it is today. Since 1994 when she and David Paperny launched the company, Audrey has written, produced and directed award-winning documentary programmes and series. In her various roles in Development and Production, Audrey looks forward to further growth and expansion. Her company created the popular TV show Eat St. that is shown on Food Network Canada & Cooking Channel US. This tv show that features Food Trucks from all over North America is just about to begin its 4th season, there is also the Eat St. App as well as a new companion cookbook published releasing this spring.

Food Talks Volume 7 was held in Vancouver BC Canada on April 2nd 2013.