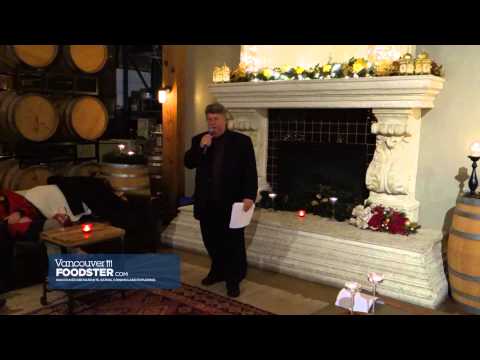 Food Talks Vancouver Volume 10
Theme: Food Talks goes WINE Talks for this edition!
Our speakers will touch on all aspects of the wine industry including British Columbia and beyond.

Topic: Drinking Outside the Box … Why Vancouver is forever in the Okanagan’s debt

Here is his bio, courtesy of foodtalks.ca

Tim has been covering the food and wine revolution for about 20 kilos. Count 15 kg alone thanks to the blossoming cuisine and wine culture of British Columbia, Canada.

Tim’s hallmark is seeking out and recommending value wines from BC and around the world that offer quality at every level. He also scopes out noteworthy restaurants that live up to their promises—and often over deliver. Readers depend on the Hired Belly for his “Belly’s Best” and “Belly’s Budget Best” picks to help them find the right wine for the occasion.

He writes, tweets and shoots his own images for columns in the Vancouver Courier and North Shore News. He also contributes to WHERE Vancouver magazine, as well as to several other publications. They include Taste magazine, Tidings Magazine, and Montecristo. His columns are frequently picked up by major newspapers across Canada.

Tim is a frequent judge for wine competitions, such as Vancouver Magazine International Wine Awards. He is a founding judge of The BC Lieutenant Governor’s Awards for Excellence in Wine. He is frequently invited to judge at The BC Wine Awards, and others.

Tim has traveled to taste in many of the world’s leading wine regions, most recently in Burgundy, Argentina and Chile. You can follow him @hiredBelly

Food Talks Volume 10 was held in Vancouver BC Canada on December 3rd 2013.