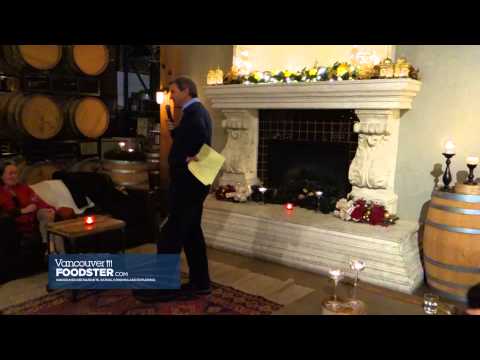 Food Talks Vancouver Volume 10
Theme: Food Talks goes WINE Talks for this edition!
Our speakers will touch on all aspects of the wine industry including British Columbia and beyond.

Topic: “The 6 best wine types already proven most successful for BC” (or why I love BC chenin blanc, riesling, white blends, pinot noir, cab franc, and syrah)

Here is his bio, courtesy of foodtalks.ca

Sid Cross is the Honorary President globally for The International Wine & Food Society and does a weekly posting on their site (blog.iwfs.org). Sid is an enthusiastic speaker who judges many wine and food competitions including The Lieutenant Governor’s Awards For Excellence in British Columbia Wines & The Canadian Culinary Championships. He is the only Canadian inducted as a Membre d’Honneur of the Academie du Vin de Bordeaux and to be awarded The Gourmet of the Year by The Society of Bacchus America “for outstanding knowledge of food and wines and for imparting this knowledge to others”. Sid is an Officier de l’Ordre du Merite Agricole awarded by the French Government. Follow him @winefoodguru.

Food Talks Volume 10 was held in Vancouver BC Canada on December 3rd 2013.