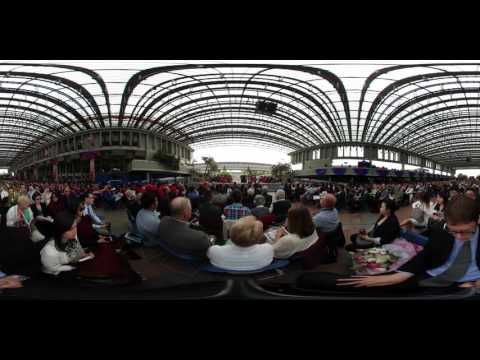 Geoff from geoffmobile.com visits the Simon Fraser University (SFU) Burnaby Campus on Burnaby Mountain, BC, Canada, near Vancouver, and listens to Anne Giardini, the Chancellor of SFU, giving a convocation speech about the roots of being a SFU alumni, being unconfined, and the ability to hold two or more contradictory thoughts in one’s mind at the same time.

He made this video by filming with his Samsung Gear 360 video camera on a selfie stick.