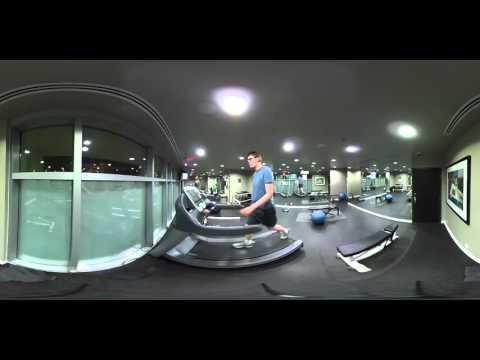 Geoff Peters takes you into his gym for a virtual cardio workout. Includes a short introduction, runner’s stretching, running, walking, and then cool down stretching, all in real time in 360 degree virtual reality!

360 videos can be a good way for a runner to analyze their form.

Recorded in Vancouver BC Canada on February 20th 2016.