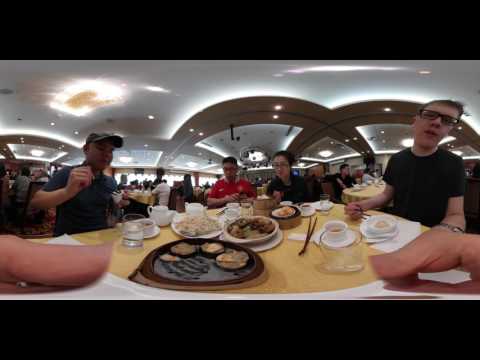 Using his Samsung Gear 360 camera, Geoff shows the interior and exterior of Fraser Court Restaurant, as well as some of the yummy dim sum dishes he ate with his friends.

Filmed with Samsung Gear 360 camera in 4K resolution. I put the Gear 360 camera on the little tripod it comes with, and filmed inside the restaurant. Yum! Thanks for watching! Cheers, Geoff