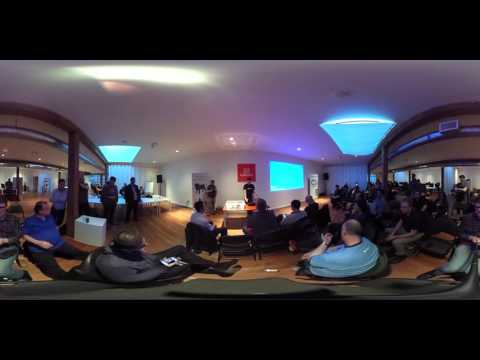 In this video, which I filmed at a tech meetup in Vancouver, Matt destroys a working Chromebook by hitting it with a mallet and then submerging it in water, to demonstrate the power of cloud backup.

Geoff’s opinion:
I don’t think we should destroy a working piece of technology just to make a point or attract a crowd for an exciting demo. It is wasteful and this working computer could have been given to someone who doesn’t have a computer, instead of being destroyed. However, feel free to draw your own conclusions based on the video.

This was recorded on a Ricoh Theta S camera, which records in 360 degrees. It can be viewed using virtual reality headsets such as the Zeiss VR One.